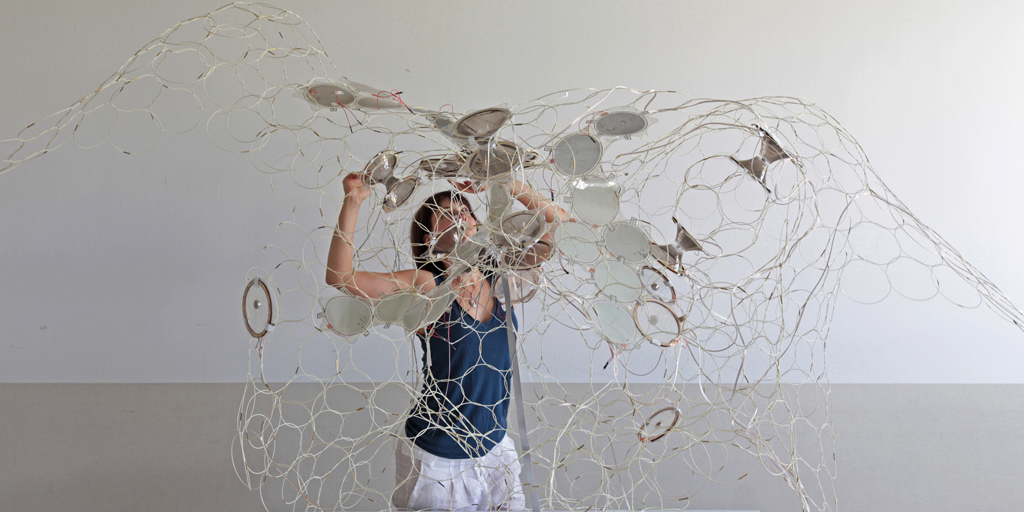 The Actuated Matter Workshop forms part of a recently started research initiative – a collaboration between the Zurich University of the Arts, Interaction Design (DDE), Institute for Computer Music and Sound Technology (DMU), and the ETH Zürich’s Chair for Computer Aided Architectural Design – that explores the application of smart materials in architecture with respect to their ability to transform architecture into an “Emotive Environment”, a space that relates to its inhabitants in an emotive and responsive way. The focus is placed on the capabilities and limitations of materials themselves in generating kinetic, visual and acoustic feedback.

Our goal is to endow artificial spaces with some of the qualities of a natural environment in which perceptual, behavioral, emotional and social processes are interrelated and arise from its intrinsic properties. Natural environments grow, evolve and internalize the history of the actions and situations that occur within them, whereas technological systems tend toward perfection, predictability and permanence. The question arises on how we could incorporate aspects of organic systems within the new materials and new architectures?
The production of the active elements, electroluminescent screens, electro-active polymers and flexible audio panels, was strongly driven by the curiosity and engagement of an interdisciplinary team of participants who had little or no previous experience of working with such materials. The workshop showed that highly sophisticated materials and structures could be emerge through participatory and collaborative strategies, thus reflecting our goal of developing an alternative, less rigid architecture of the future as a more connected, interlaced, entangled, responsive and responsible world.
“Emotive Environments” is an approach to enrich the predominantly static characteristics of architecture with responsive, adaptive and smart elements and thereby create a space that exhibits some of the dynamics that can be found in nature. The project aims to realize a prototypical architecture that dynamically responds to the presence and behavior of its inhabitants. These immediate responses, including kinetic movements, visual, acoustic and vibrational feedback, are based on algorithms that model the behavior of self-organized natural systems. Accordingly, the interaction is initiated locally and subsequently spreads across the architectural space. The inhabitants can augment and alter the movements and sounds that are already present in the space generating an enhanced and novel spatial and behavioral experience. Due to a symbiotic relationship among the inhabitants and the “Emotive Environments”, the design is strongly informed by the human experience.
Team:
MA. Dipl.- Ing. (arch) Karmen Franinovic, Interaction Design, DDE, Zurich University of the Arts
Dr. Nat. Sci. Daniel BIsig, Institute for Computer Music and Sound Technology, DMU, Zurich University of the Arts
Dipl.- Ing. (arch) Manuel Kretzer, CAAD – Chair of Computer Aided Architectural Design, Swiss Federal Institute of Technology
emotive environments blog 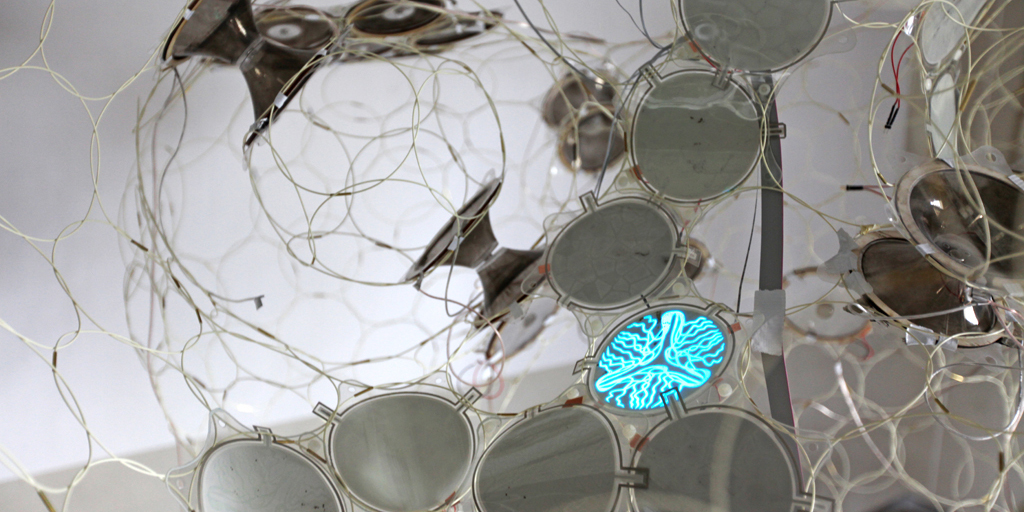 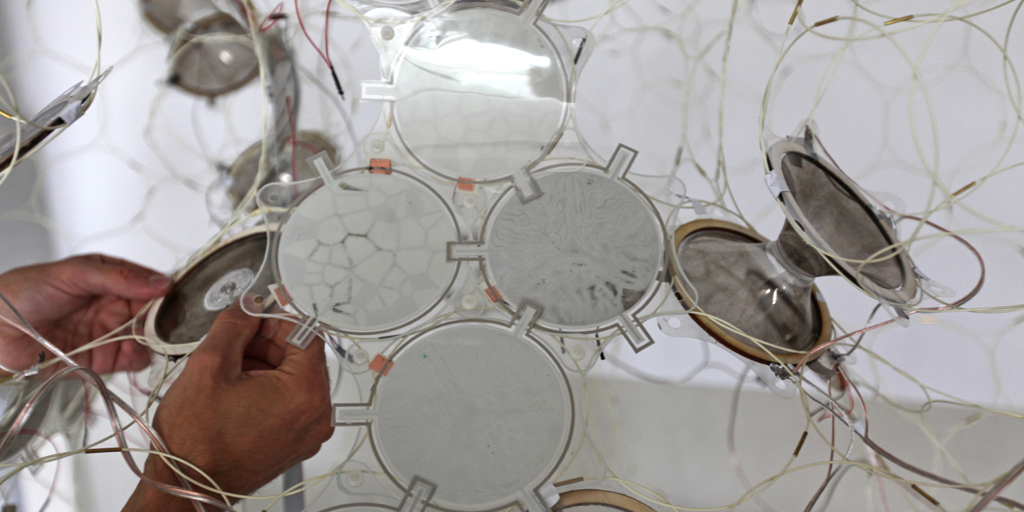