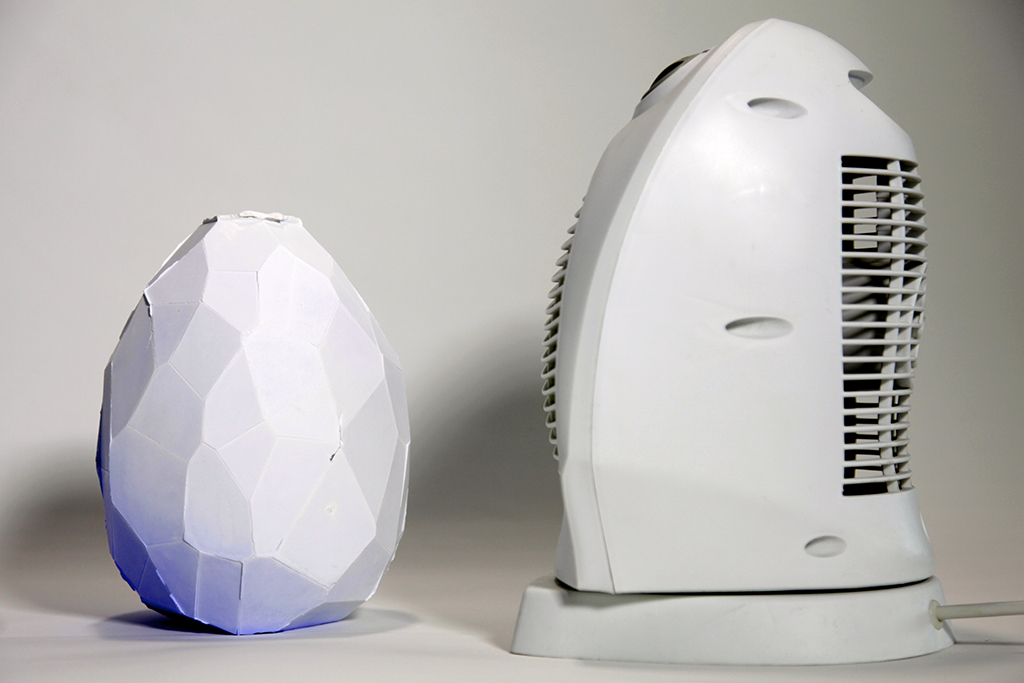 Tong Zi Dan is a series of generatively designed vases made from dental gypsum.

The objects were produced during the CAAD Wahlfach Praxis Course Chinaware, ETH Zürich. The shapes were designed together with Knut Brunier and produced with the help of Tom Roberts. 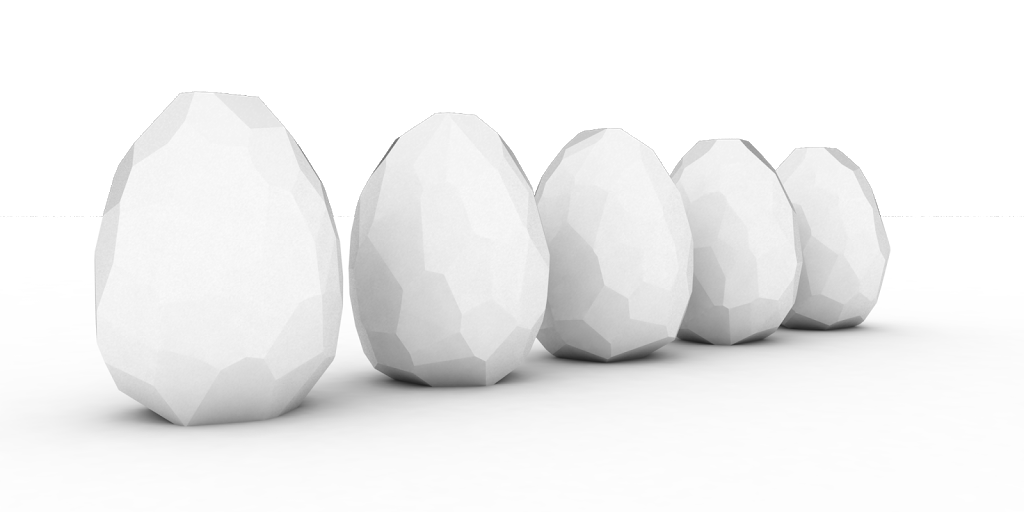 The initial egg design gets randomly populated by a cloud of points which form the center for surfaces that trim the shape perpendicular to its curvature. A generative algorithm (Galapagos) is then used to create the area of all faces within a certain min/max range. Finally the faces are unrolled and laid onto a flat sheet to allow the production of the mold with a laser cutter.

In our experiment the gypsum gets enhanced with thermochromic pigments in one mixture and phosphorescent in another. It is then poured into the sealed molds and pivoted for a few minutes until the gypsum solidifies. The process is repeated for two more times to ensure a minimum wall thickness. 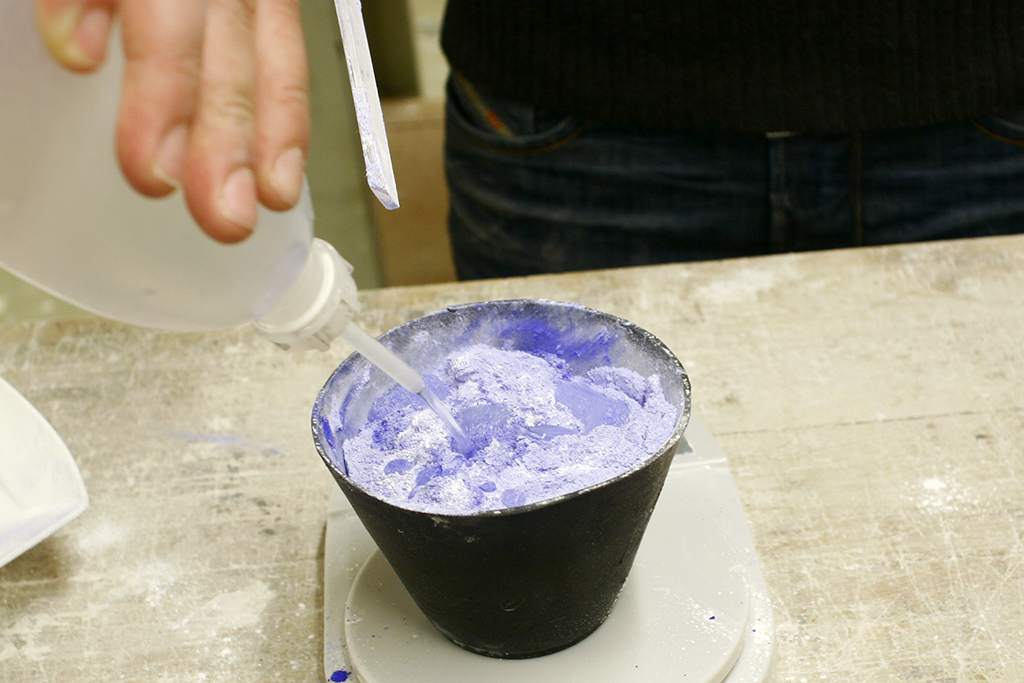 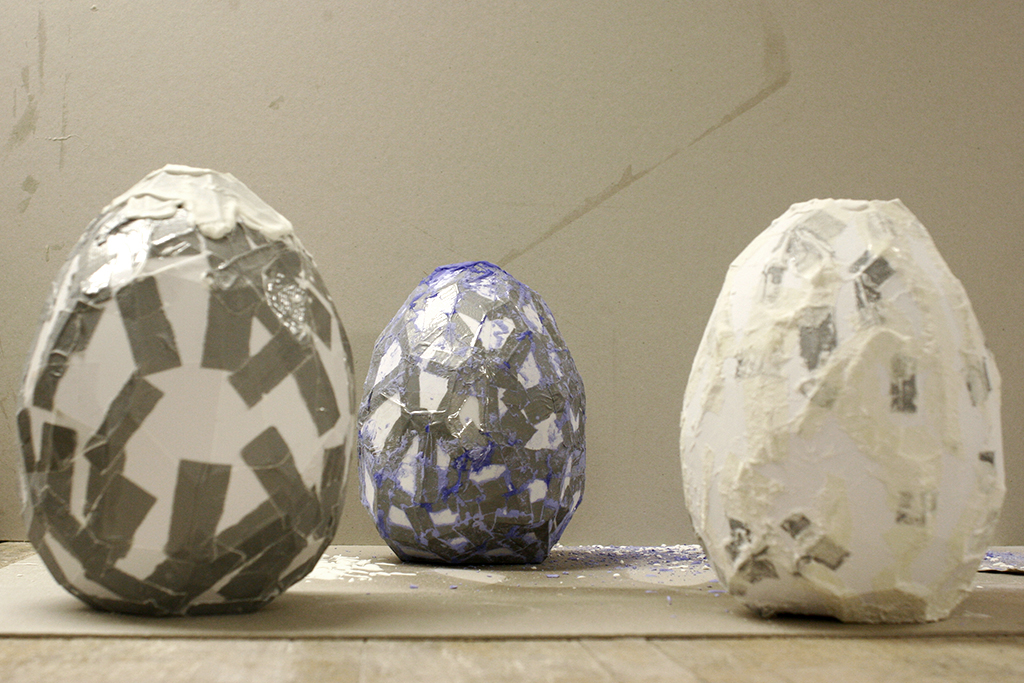 After the mixture has dried the vases can be removed from their enclosing molds. Since thermochromic pigments are heat sensitive, they change their color in response to a rise in temperature. The previously blue vase turns to white, the gypsum’s base color, when exposed to a fan heater. 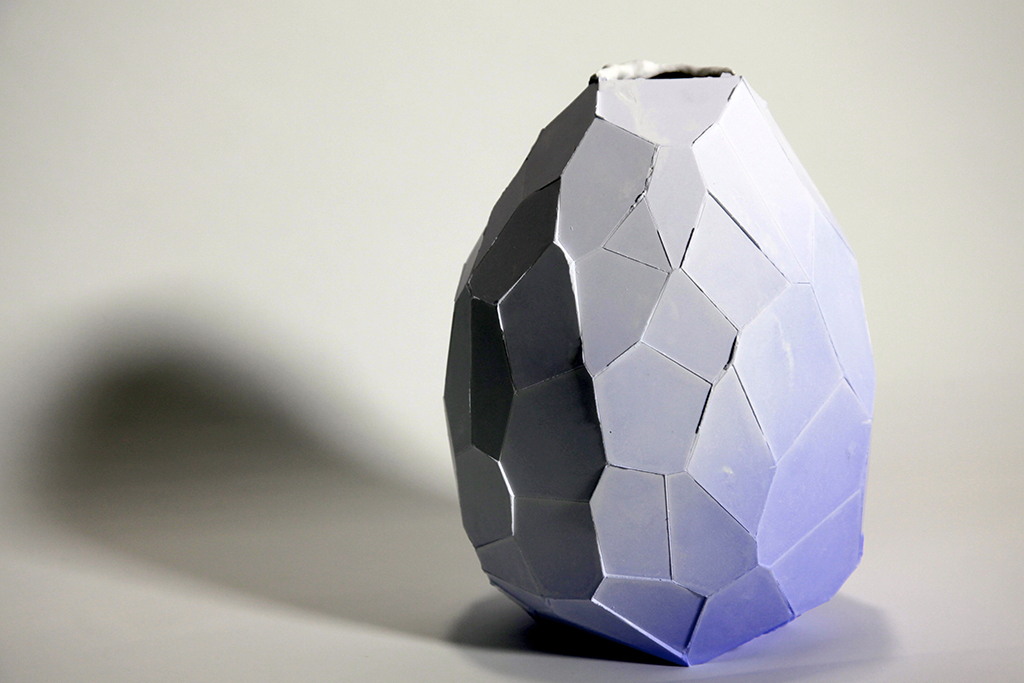 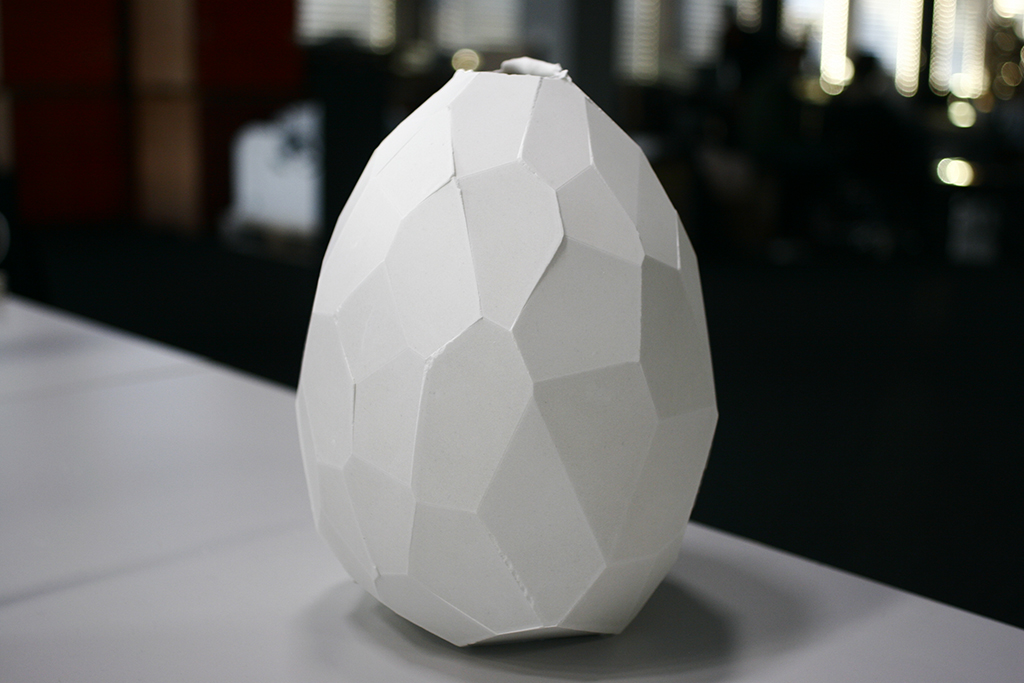 Another interesting effect is generated by the phosphorescent pigments. During daylight the vase looks normal, but in darkness it starts to glow and create a different atmosphere. 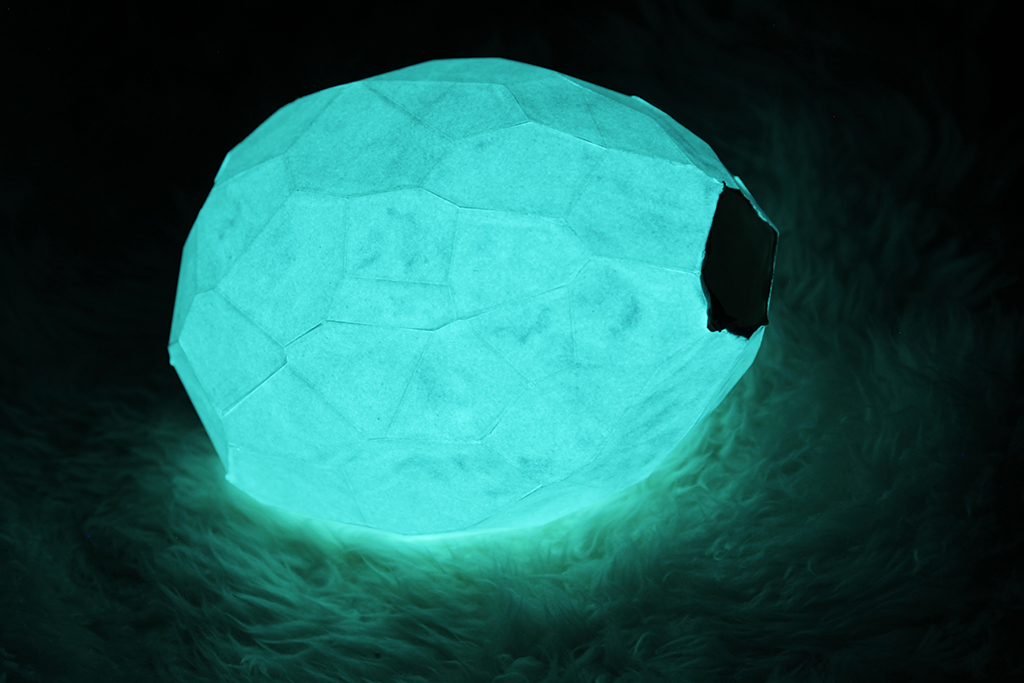