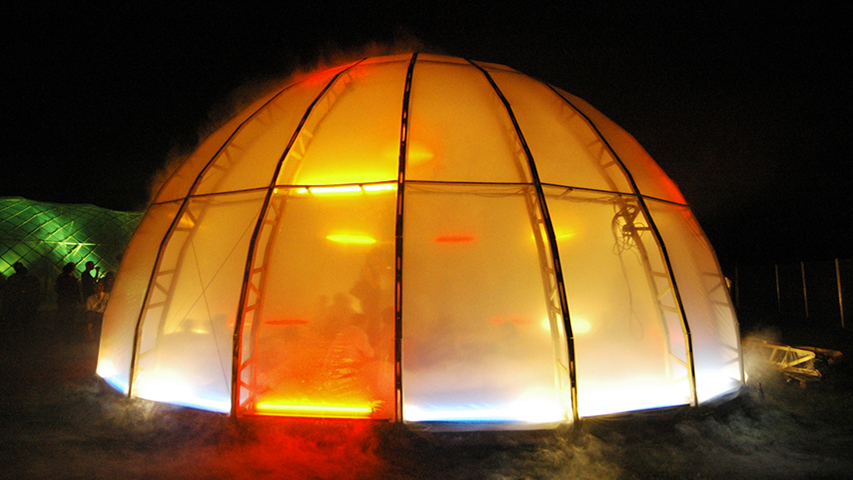 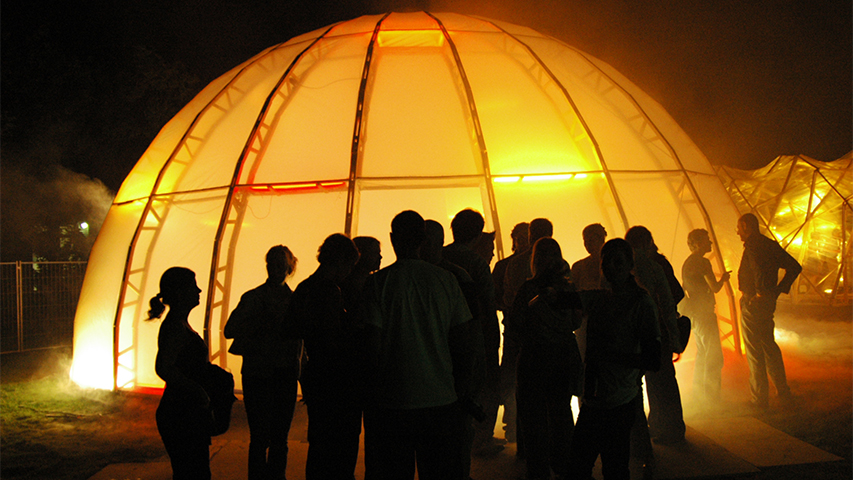 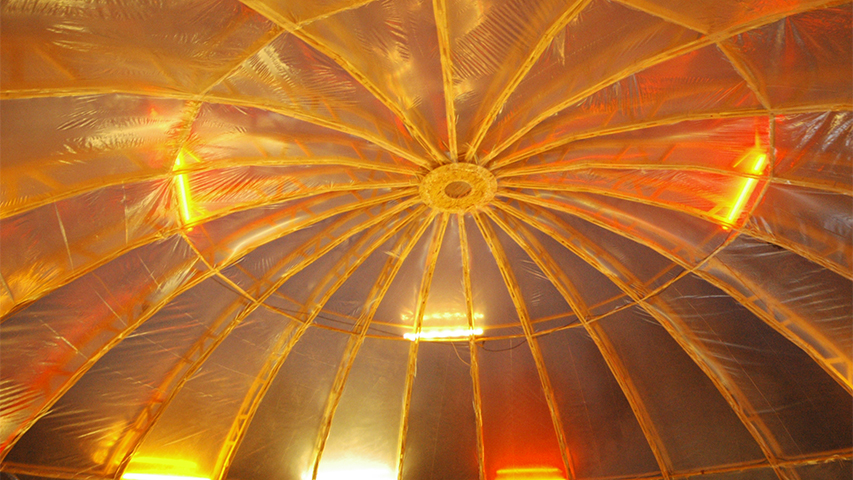 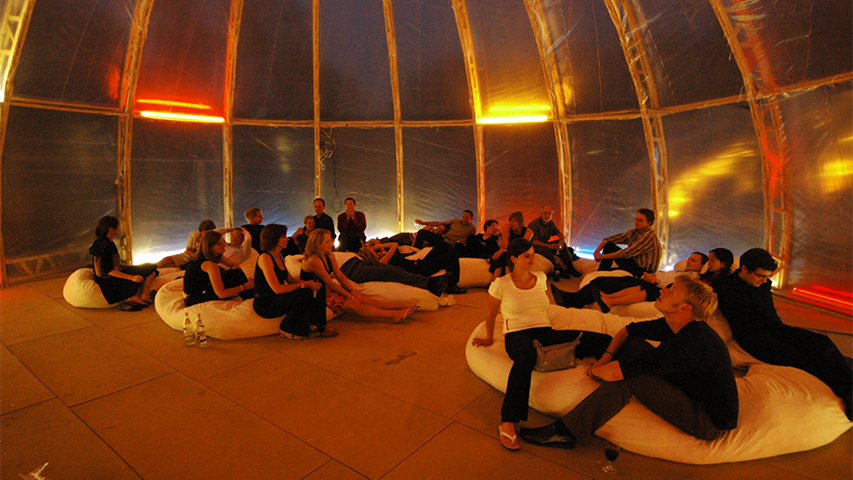 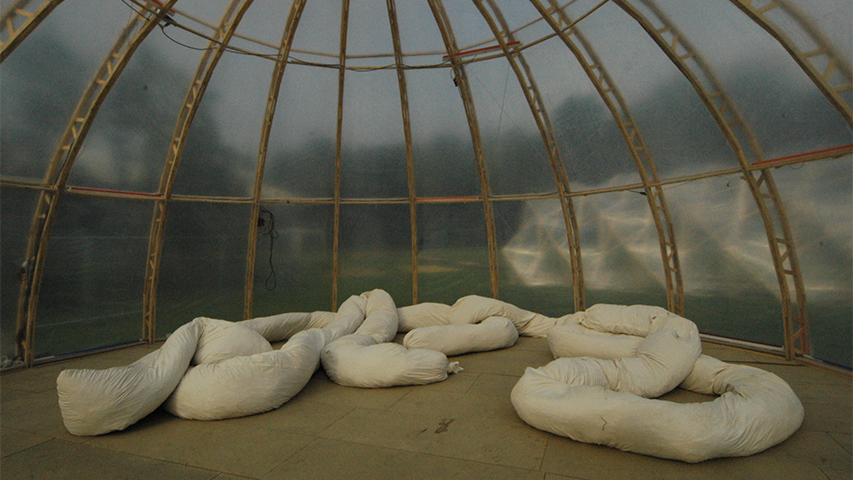 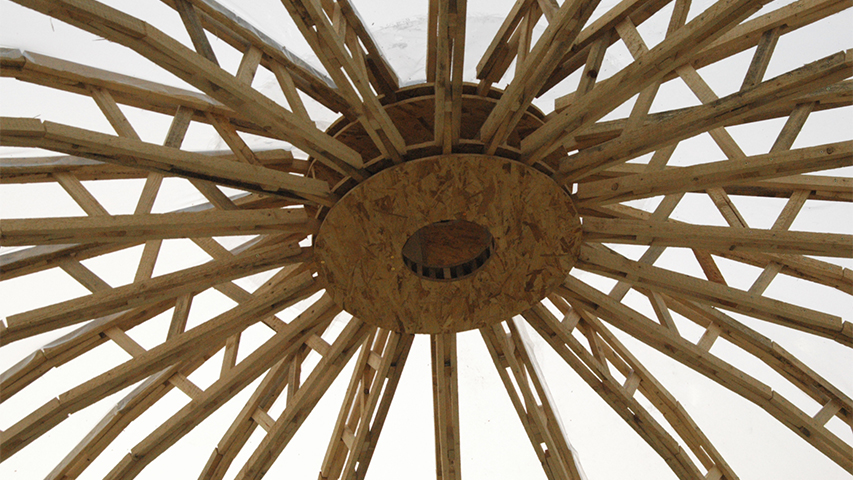 Sphere is a temporary dome structure measuring 11m in diameter and 5.50m in height, that creates an unique, ever-changing atmosphere, detached from time and space.

The idea of the ‘Liquid Campus’ projects was established in 2001 and is based on the concept of a virtual university, connecting the architectural schools of Karlsruhe, Weimar and Aachen. Essential to these projects is always an open use of technologies to work independently over great distances and a 1:1 realization in the end.

In 2004 the RWTH Aachen asked for temporary pavilions to host the celebration of this years architectural graduates. From over 20 proposals three were chosen for a further development – among them the concept for ‘Sphere’.

The structure was made of a wooden lattice truss system covered with PVC foil on both the inside and the outside. In between the gap of the inner and outer foil artificial fog was blown which then was illuminated in different colors. Due to this method the facade as well as the space inside the building kept constantly moving as the smoke floated through the structure towards the chimney on top.