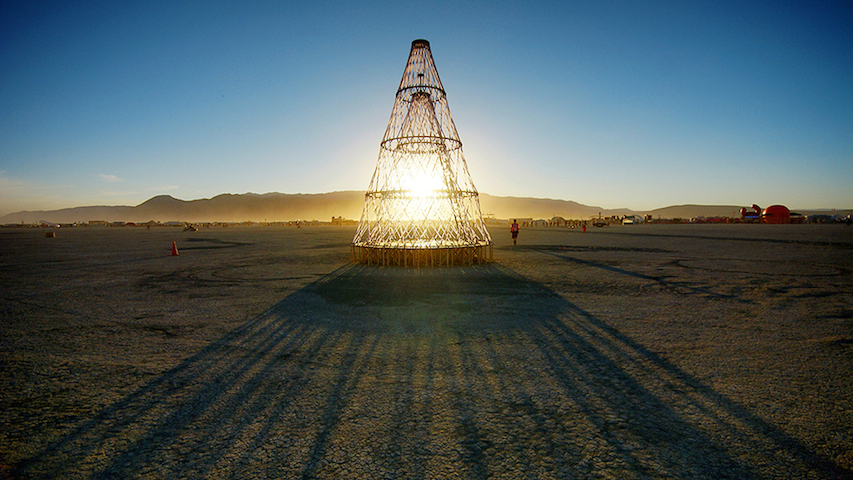 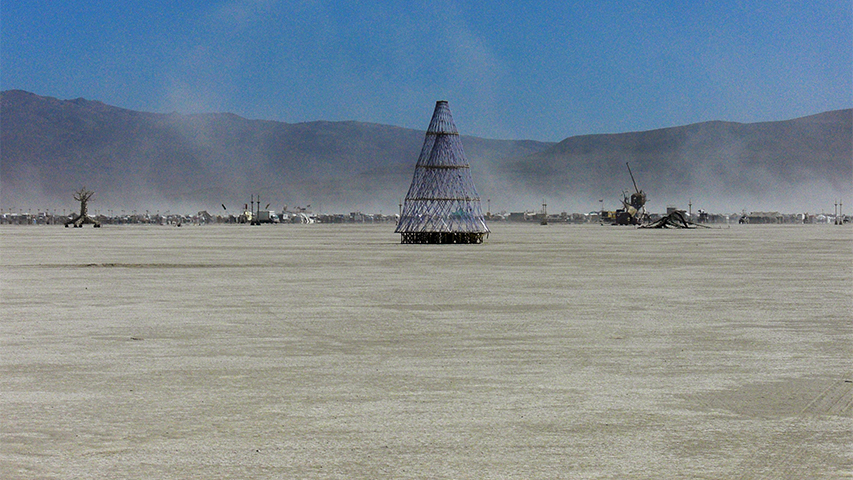 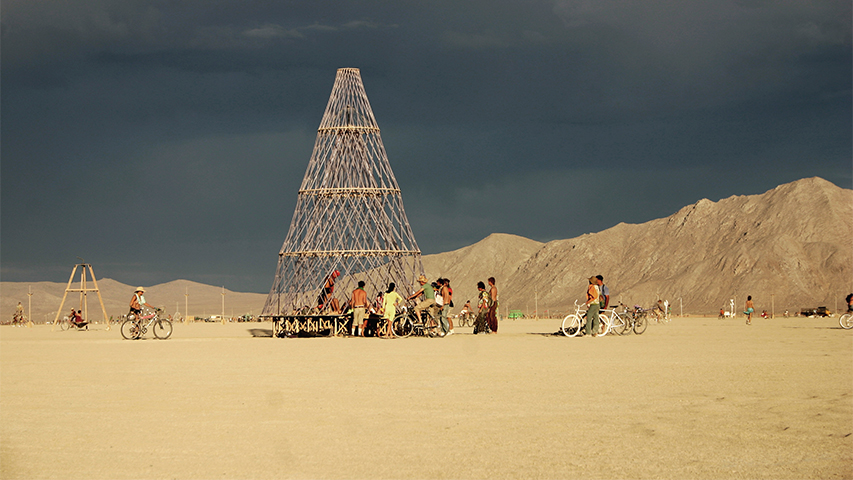 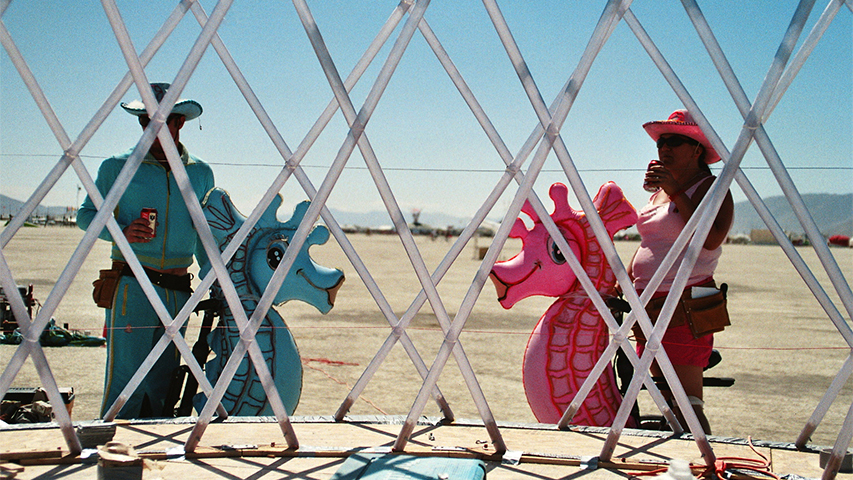 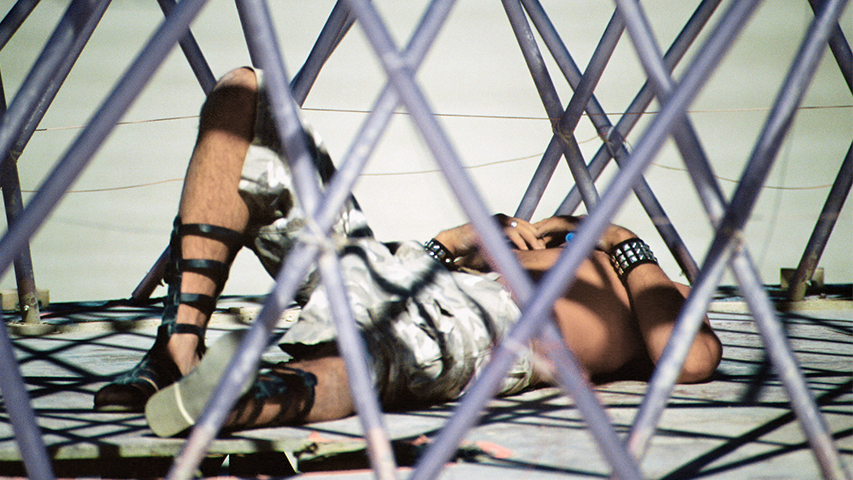 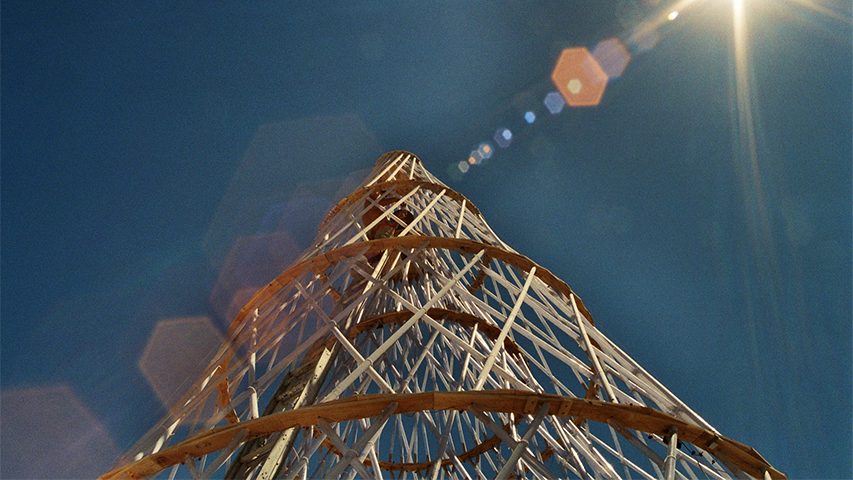 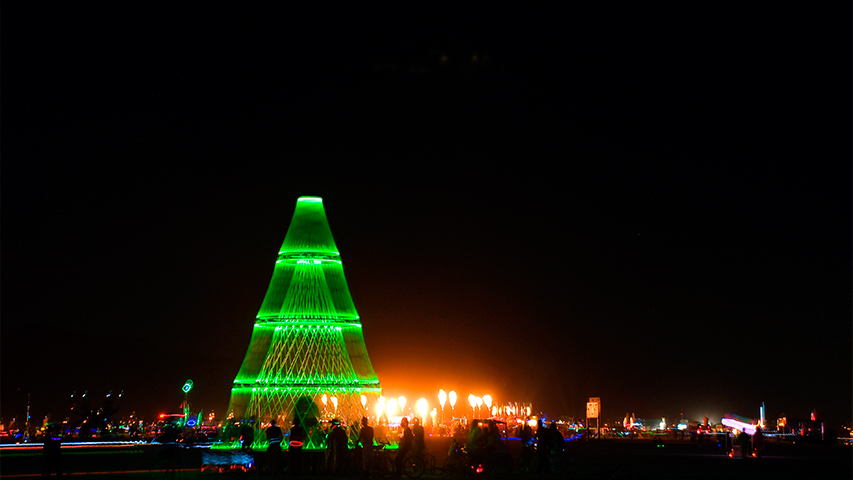 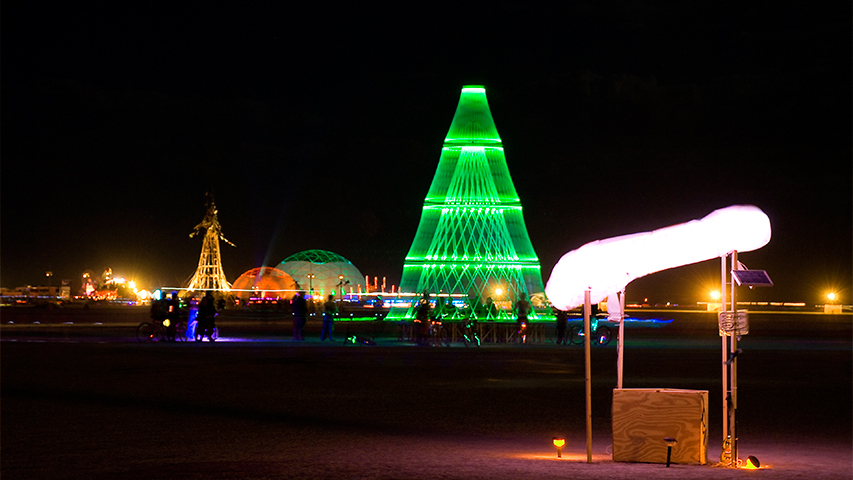 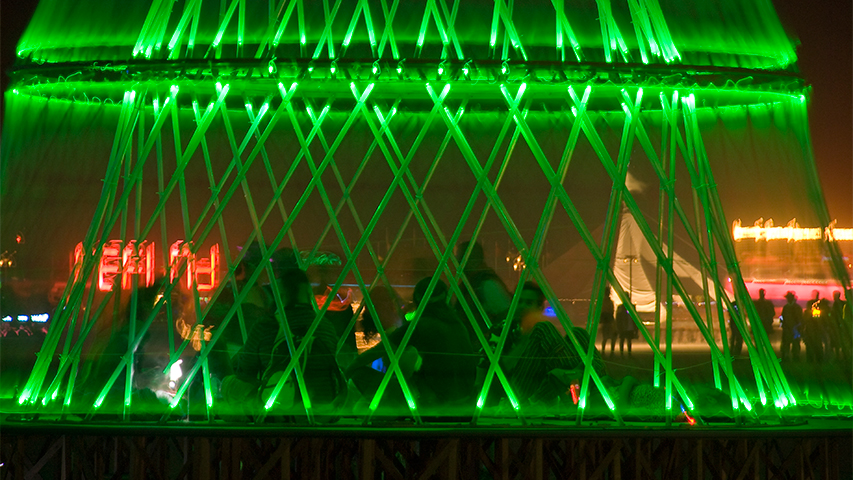 Cone is an interactive sculpture that was exhibited and set up at the Burning Man Festival.

The ‘Burning Man Project’ is a yearly happening art festival in the desert of Nevada, USA. For one week 50.000 people create their own short-term living space, called ‘Black Rock City’, which then disappears without leaving any trace. The 2007 theme, ‘The Green Man’, concerned humanity’s relationship towards nature. Referring to this topic ‘Cone’ created an interactive piece that made the users think about electrical power and its responsible use.

‘Cone’ was made of a two layer structure according to the principals of Russian engineer Vladimir Shukhov. The inner cone was fixed to base platform, which also worked as an entrance from below, and the outer cone was twist-able attached to the top and a bottom rail. Ensuring this flexible bearing the outer structure could be rotated by man power around the inner one. Due to the filigree lattice construction method this overlap of layers created an atmospheric interference effect and especially inside ‘Cone’ suggested the impression of being within a giant machine.